WHY ARE WE HAVING THE PROTEST?

In the last ten days, the Hindu community has come under attack in Bangladesh. Temples of ISKCON and other organizations were vandalized, Deities were smashed, and Puja pandals of Durga Devi were burnt. The fanatic mob also killed many people during their attacks including Prantha Chandra Das and Jatan Chandra Saha of ISKCON in Noakhali. Many houses and business establishments of Hindus were systematically targeted and burnt down. Such attacks on the Hindus and other minority groups in Bangladesh have been going on for decades. This needs to stop. The Global Kirtan Protest is a worldwide peaceful demonstration of pain and grief of the global Hindu community, which stands in solidarity with the Hindus of Bangladesh, and it is also a demand for justice and safety from the Government of Bangladesh for the minorities in the country. This protest is not against any religious community or the state of Bangladesh. It is for ensuring the safety and wellbeing of all the minorities of the country.

WHAT ARE WE EXPECTING THE GOVERNMENT TO DO?

While the long-term goal is to see that the Hindus and other minorities are able to freely practice their faith without any fear of attacks or threats, the immediate goals of our protests are: 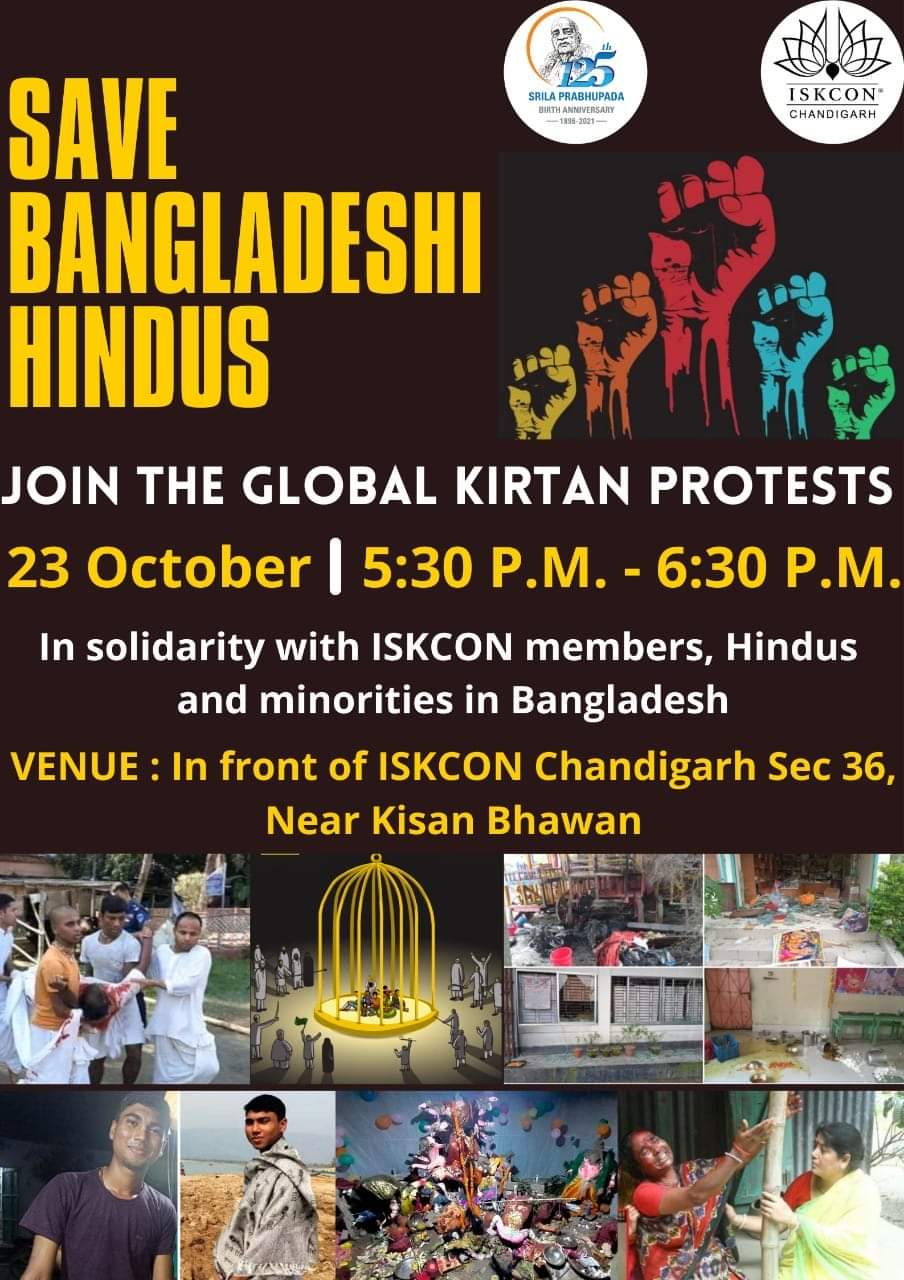